When You Should Get a Second Opinion on an HVAC Solution 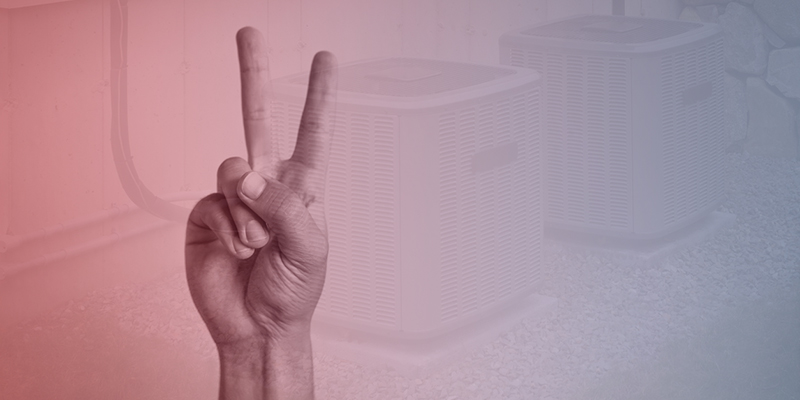 You’ve called out an HVAC service, and they’ve diagnosed the problem: the blower motor is broken. They’ve also proposed a solution: get a completely new furnace. It’ll be nice, new, and, of course, expensive.

The question is: should you do it?

Well – maybe. But, on the other hand, maybe you should get a second opinion first.

You’ve heard it before: two heads are better than one. That truism applies to navigating HVAC solutions, too.

We’ve found that a second pair of eyes helps to add context to an HVAC situation, allowing a chance to catch things that otherwise would have been missed – or a chance to affirm that the correct decision is being made.

That’s why, at Rod Miller, we offer free second opinions on HVAC work in Gaithersburg, Bethesda, and the DC metro area. Are you considering HVAC repair or replacement? It might not hurt to double-check your options.

When to Get a Second Opinion

While second opinions can certainly be helpful, they aren’t always necessary. The reality is that there are plenty of HVAC decisions that don’t require much thought.

For instance, if you’re considering a small accessory, it’s probably not worth the effort of a second opinion. Or if an HVAC technician tells you that you need to get a minor system component replaced, it’s probably not worth your trouble to call out another provider to Gaithersburg to double-check – especially if you’d prefer to have your heat back on as soon as possible.

Other prognoses may be worth confirming, though.

For example, if you’ve had a unit in your house for 10 years and bring out a technician that tells you your unit suddenly needs a new part, it’s probably worth getting a second opinion to ensure that that’s actually the case. Sometimes technology changes and new components are required; sometimes providers simply attempt to up-sell. That’s especially true if a provider is charging a surprisingly-low entry price as a way to get a foot in the door for sales.

And, of course, for major decisions it generally makes sense to get a second opinion. For example, if the prognosis is furnace replacement or a new AC unit, it’s probably worthwhile to get another set of eyes on the situation to confirm the best course of action. That’s especially true if you aren’t expecting your system to be toward the end of its useful life, and the recommendation toward replacement has come as a bit of a surprise.

Why Second Opinions are Valuable

None of this is to speak poorly of other Gaithersburg HVAC providers; more often than not, HVAC providers are just trying to provide the best service they can, and they make recommendations based on that intention. But getting a second pair of eyes is still helpful because it reduces the chances of an incorrect diagnosis. Not even well-meaning technicians are perfect.

For example, we were recently called to a site for a second opinion. A homeowner had been told by a well-meaning provider that they needed new equipment in their home, accompanied by a new installation of ductwork. When our expert got to the site, though, we found that the situation had been misdiagnosed. We were able to repair the broken equipment instead of replacing it, saving the homeowner thousands of dollars in the process.

Sometimes what was diagnosed as a major functional issue is just a minor problem that can be easily resolved – which is why second opinions can be incredibly valuable.

How to Evaluate Two Opinions

Getting a second opinion can be a wise choice, but it’s only the first step. Once multiple opinions have been solicited, Gaithersburg homeowners must choose which process to proceed with. Even if the providers offer the same solution, there’s still a choice to be made in terms of service.

There are a few factors to consider during the selection:

At the end of the day, you want to work with an HVAC company that has demonstrated expertise and has earned your trust.

Get the Comfort You Deserve

If you’re searching for an HVAC solution in Gaithersburg, remember: a second opinion can help you to ensure you’re making the best decision to get the comfort you deserve.

At Rod Miller, we understand what it’s like to be a homeowner presented with the doomsday proposition of an impending HVAC replacement. That’s why we offer free second opinions – not because we look down on the work of other HVAC companies, but because we want to make sure that homeowners get the support and advice they need to make the best decisions. Whether it’s the result of intention or not, it’s easy choose something you don’t need without a second pair of eyes.

To get a second opinion on HVAC repair or replacement, get in touch with us today. Our promise, always, is that you can trust your home to us.